I chose this moment in history because it was something I was unsure about. The only time I had heard of Chernobyl was when they made a scary movie about it. I watched an episode o river monsters and the host of the show had gone to Chernobyl’s reactor #4 to find any mutated or radioactive fish. It was interesting what I saw because it liked he was walking through a post-apocalyptic world. It was a complete ghost town with people’s personal belongings still in homes and in the streets. He walked through radiated zones and had to wear a beeper that would beep if he walked into an area that contained more radiation than his body could take, meaning death.

I had know idea that place existed, or had existed, and I wanted to know more about it. Its interesting, and also quite sad, that these extraordinary events occurred in the past, but not everyone is aware of these events because they are not as culturally relevant. When I was discussing with my mother my plan to do this project on the Chernobyl Disaster, she started to tell me when she was younger and saw it on the news. My mother grew up during the cold war so all o the news about the Soviet Union was relevant for her time period because the never knew that USSR would finally disband, she, as many others did, lived fearful day by day from a nuclear attack. Relevancy is what gets to think about a certain event, but I wanted to know more about this one, something new to me that had been set in stone.

The Chernobyl Disaster occurred in April of 1986 in Chernobyl, Ukraine. The disaster was caused by poor staff and safety and resulted in thirty immediate deaths and over a hundred cases of Radiation Poisoning. I have shown the number of casualties in a pie chart that shows how people were affected by the reactor’s explosion in three ways. One which was the lowest number was from the immediate explosion. Only one man died immediately from the blast, while another was sent to a hospital in serious condition where he eventually died. twenty-eight deaths were from Acute Radiation Poisoning (ARP) that had contracted it from when the reactor’s core was released into the atmosphere. These people died two weeks after the explosion. The third and largest group is the part of the population that contracted ARP, but have not died yet from it. It was stated that on the day of the blast over two-hundred were diagnosed, but later it was found that only 136 had it. I did not put into the pie graph the entire population of Chernobyl, which was around 155,000, because they would assume that this disaster wasn’t so bad, that it didn’t kill that many people. The fat is that yes, a large number of people were not affected physically, but the ones that were died horrifically, and unnecessarily. I have to maps that I created to show Chernobyl and the surrounding area that was affected by the radioactive debris. The radiation has affected parts outside of Chernobyl such as lower parts of Ukraine and parts of Russia. These areas have been evacuated as well. My maps show the area around the Reactors that had been evacuated to avoid the radioactive debris that was being blown throughout Chernobyl. It is quite saddening to see how far the radiation spread out, how many lives it took, how many people it forced out of their homes.

This event could have been prevented from ever happening. If stricter rules on safety had been implemented then the workers would not have tested the turbines as they did, with such a large population living just next door. After the Chernobyl disaster in 1989 it was mandatory for safer work environment s and stricter safety codes so that the Chernobyl accident would never happen again.

To preserve this Blog, I will need to continue to update it. Honestly this isn’t something I’m looking forward to, but I would like to keep and more information to keep it interesting and of course accurate. The one thing that helps keep a blog going is publicity. If more people view it and like my blog, the audience will want more. For security I’m not entirely sure what to do. My final project is a public blog so anyone can go on and comment, but they can not alter any of the information I have posted. So to keep my blog going I just have to use it.

The Wikipedia post I looked up was one about George Mason. In the bibliography I noticed a lot of the research is from scholarly journals and actual documentation from the constitutional convention debates. Most of the edits were grammatical corrections.

The Student Blog, Her information seems to come from primary sources From a relative of Edward Owens, His last will and testament, and she found a map from the library of congress so they all appear to be very reliable sources.

If American Citizens are given strickter laws on gun ownership, will it lead to less crime and murder?

I found an article on Proquest about gun laws. It is dated back in 1999, but its issue mirrors the one we have today. This time period has just witnessed a shooting similar to the ones taht have happened in America this year. Shootings that took innocent lives and destroyed families. The government in the 90’s is disscussing banning assault weapons in the U.S. A Criminal Justice Professer at Florida state University, Gary Klec, thinks differently. He gives evidence on how two percent of all crimes are commited with assault weapons, and that more commonly acquired guns are often used in crimes. He goes on to say that if The guns that are modt used were banned, people would shift over to another gun or weapon and the cycle would continue. This is significant because this was a similar issue in the past and it is interesting to think about how ifour government takes something away or bans it, people still find a way to get around it. 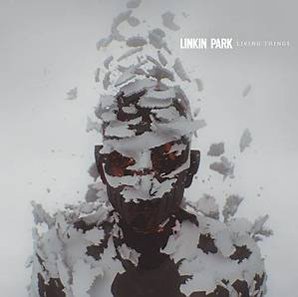 2: The White House.gov- Bio of Coolidge

Welcome to onMason. This is your first post. Edit or delete it, then start blogging!